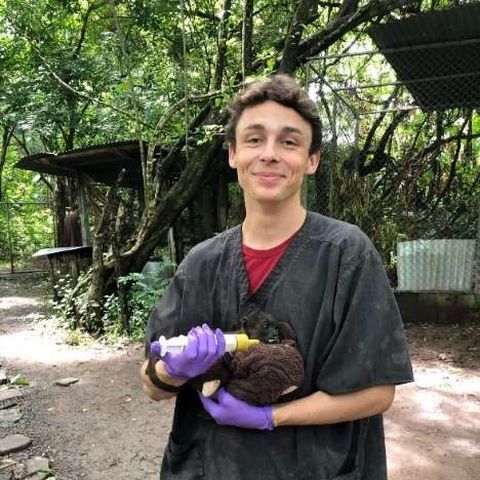 “I volunteered at Wild Sun Rescue Centre, a non-profit organisation located in Cabuya, southern Costa Rica. Rescue, rehabilitation and release are the three key conservation ideas by which the centre stands. Local wildlife faces many problems, most of which stem from human activity. The centre strives to find solutions to these problems.

“Animals that are sick, injured or orphaned are admitted to the centre. The main threats are electrocution from power lines, dog and cat attacks, deforestation and the illegal pet trade. The ultimate goal is the release of rehabilitated animals back to the wild. The team consists of a director, three managers and multiple volunteers, interns and veterinary externs. The centre usually has a resident vet.